Cruise diary: MAREANO's last biology-geology-pollution mapping cruise this season is finished, and once more we have had good weather in the Barents Sea. Thus, we have finished all cruise activities that were planned for this year, in addition to making a small start on next year's tasks.

The Finnmark coast was, as we expected, quite variable – both regarding geology and biology. We had stations from near the shore (the shallowest station was in around 50 m water depth) out to around 50 km from the coast. Along Finnmark, we have covered 7500 km2 during the two cruises in 2014 – in April and now in August. 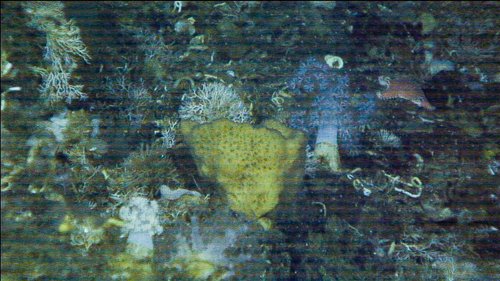 A typical station with exposed bedrock in Finnmark. Soft corals, sponges and bryozoans share the space.

Our stations in the southeastern Barents Sea, in the Thor Iversenbanken area, exhibited less variation in bottom type. Although we see many exiting landforms on the seabed, the uppermost seabed sediments mainly comprise sandy mud and muddy sand. The biology is dominated by polychaeta that live in the soft sediments. The originally planned mapping area was 6000 km2, with depths from 250 m to 350 m. In addition to this, we have started work in next year's mapping area. 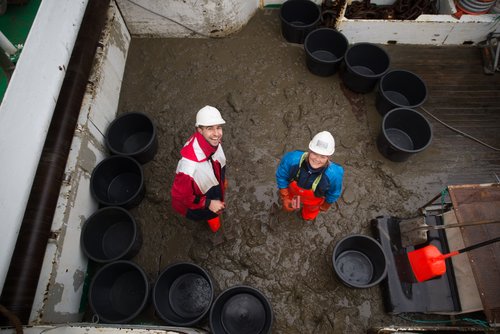 The soft seabed sediments in the Barents Sea have given large beam-trawl samples. Our largest sample was around 1600 liters of mud - weighting around 2 tonnes. This results in a nice workout for the biologists on shift having to shovel everything up into buckets before we can start sieving out the animals (photo Anne Helene Tandberg).

As we head home with data and samples, we look forward to exciting winter-months before heading out on new adventures next year.

Biological postcards letter from Finnmark and the Barents Sea

Cruise diary: This newsletter has been written by all the biologists onboard the G.O.Sars at the last biogy and geology cruise in 2014. Each biologist has picked her favourite photo from the work on this cruise, and they have written a story for that picture.  There are many different voices here, this reflects both the diversity we see in the benthic communities – and the diversity among the biologists.