The holes are 1-2 metres wide and 2-3 metres deep, occurring above of and directly north of the cliff face (Figs. 1 and 2), just south of two depressions up to 100 metres wide that can be seen in multibeam bathymetry data. The white features occur on the sediment surface at the bottom of the holes and in the depressions. 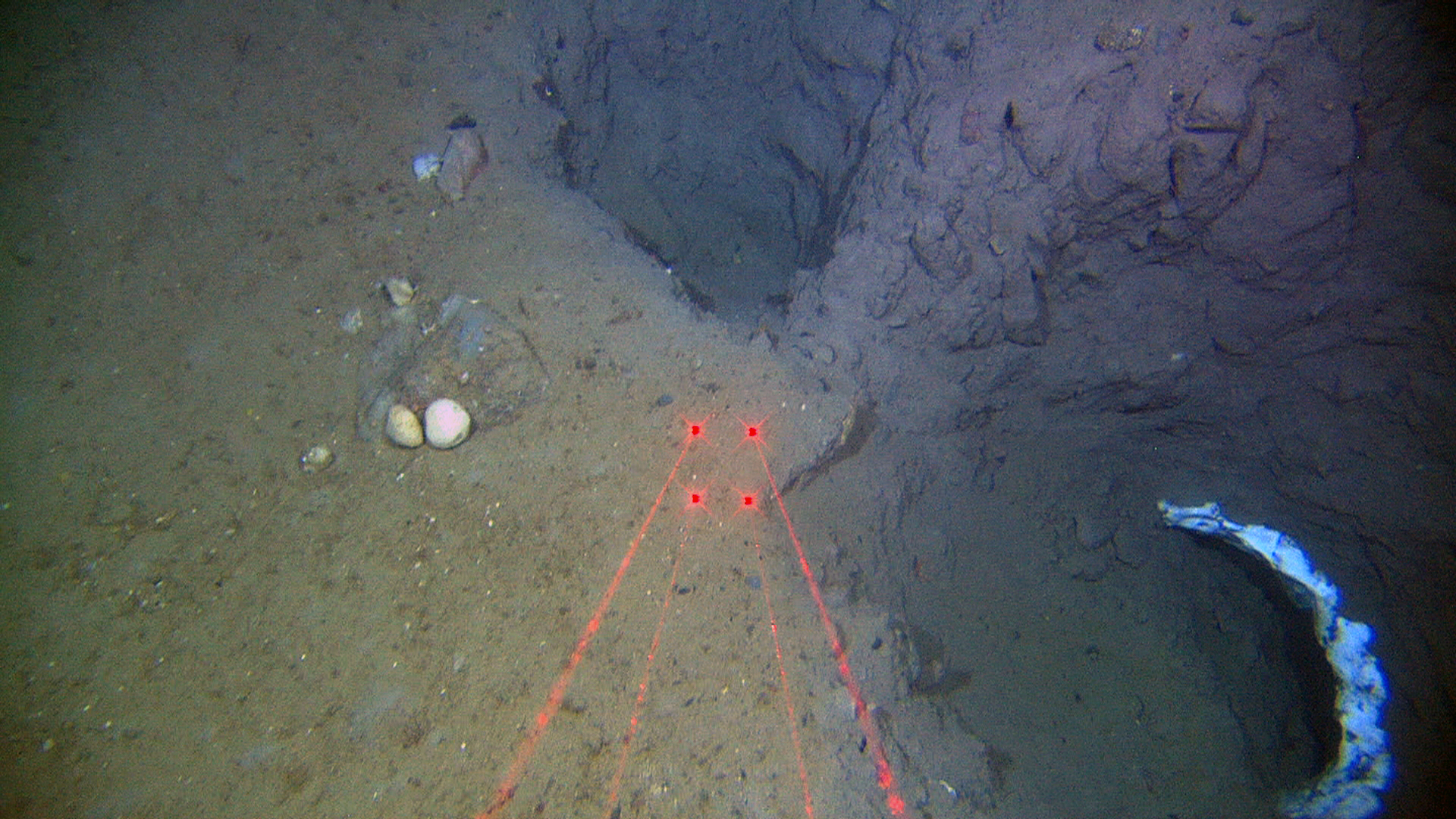 Figure 1. Holes in the seabed just behind the top of the steep cliff. Note the white features within the holes, and also a cavity below it. It is difficult to see whether the white material occurs on the steep sediment surface, or within the sediment layers. The distance between the red laser dots is 10 cm. See Figure 2 for location of the holes. 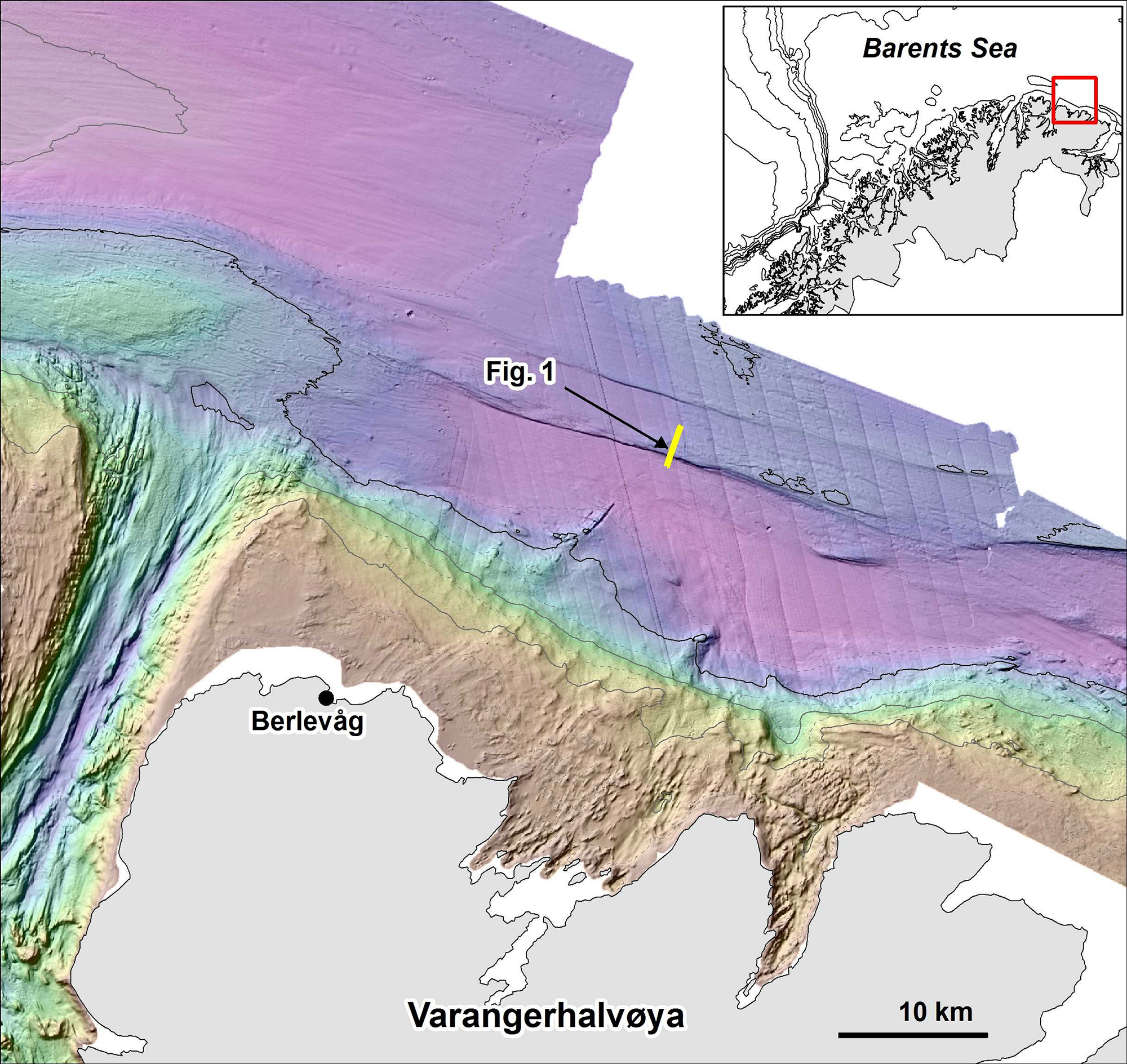 Figure 2. Overview map showing the location of the holes in the seabed, just behind the top of a steep cliff face. The two WNW-ESE-trending lineaments are ridges of hard and erosion resistant bedrock. Minor faults may trend along the cliff faces. Also shown is the location of the TOPAS penetrating sonar line (yellow) in Figure 3. It is 100 m between the depth contours - the holes occur around 300 m water depth.

In 1987 and 1988, IKU Petroleum Research cored the bedrock succession on top of this ridge (Bugge et al. 1995, Norsk Geologisk Tidsskrift 75), around 6 km further east. They interpreted the sedimentary succession as Upper Carboniferous in age (~ 300 million years old). The rocks in the upper part of the bedrock ridge are dominated by carbonate rocks and evaporites formed by evaporation of salt water.

Looking at the TOPAS line in Figure 3, we see the layering of the sediments below the seabed. It appears that one of the layers terminating at the seafloor near the brink of the steep cliff is very irregular. This could be an old karst surface in carbonate rocks. The surface may however also be related to erosion processes during the last ice age when large glaciers covered the area.

The presence of the holes in the seabed immediately above this irregular surface may well be connected. It is possible that the seabed has collapsed due to karst (dissolution of carbonate rocks) in the layers below, just like sink holes in Florida and Guatemala open and swallow houses, cars and people. Karst surfaces have been described within these layers. The holes may also be related to seabed collapse due to near surface fault movements. 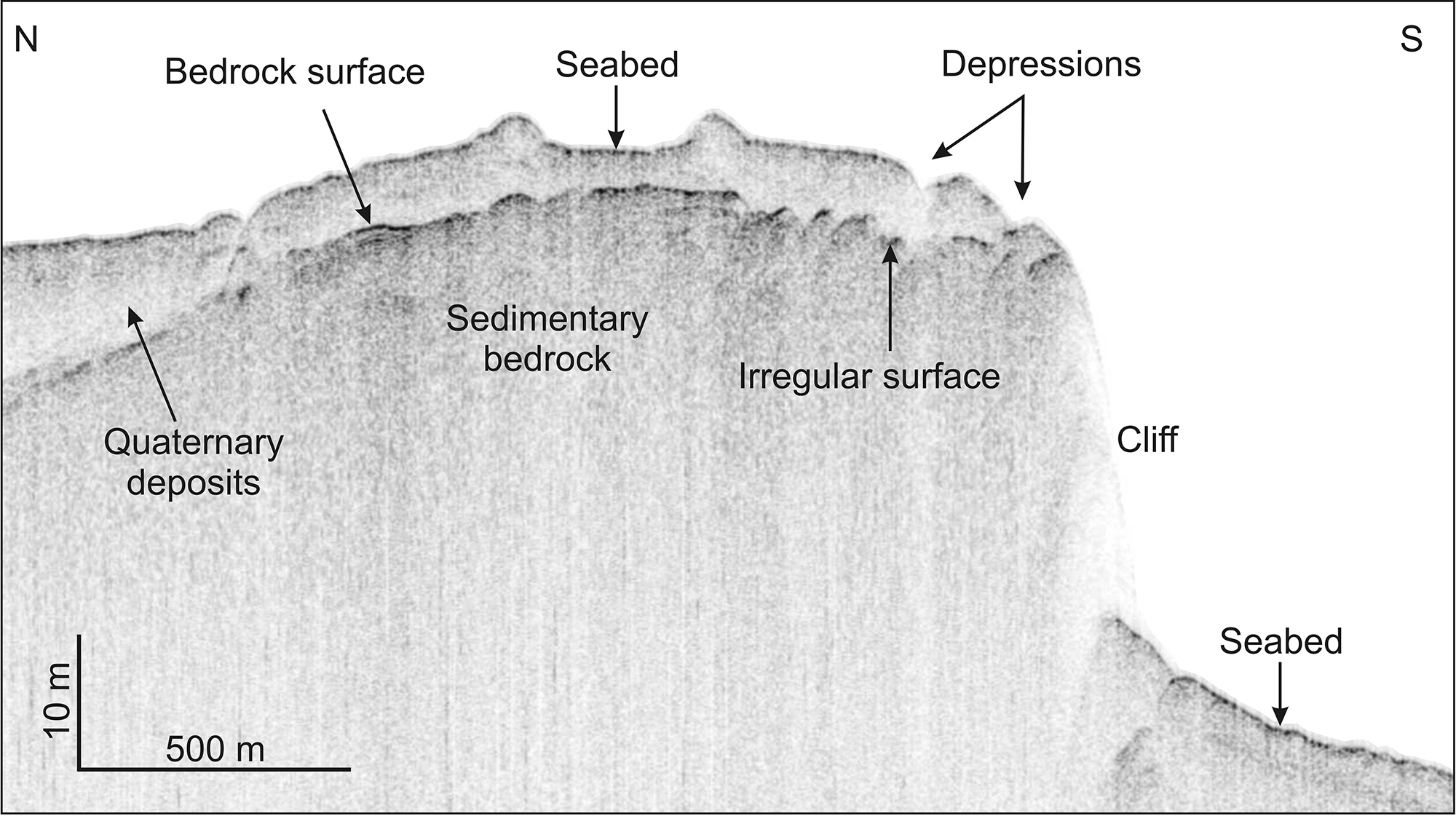 Figure 3. TOPAS line crossing the bedrock ridge. Note the location of depressions in the seabed on the edge of the cliff, above the irregular surface. See Figure 2 for location of the line.