Bioclastic sediments is a term used to describe carbonate rich sediments consisting of fragments/shells of dead organisms. On the continental shelf, we find bioclastic sediments with a high content of the remains of stony corals. These sediments form mounds and ridges in many places, which may be associated with live corals. 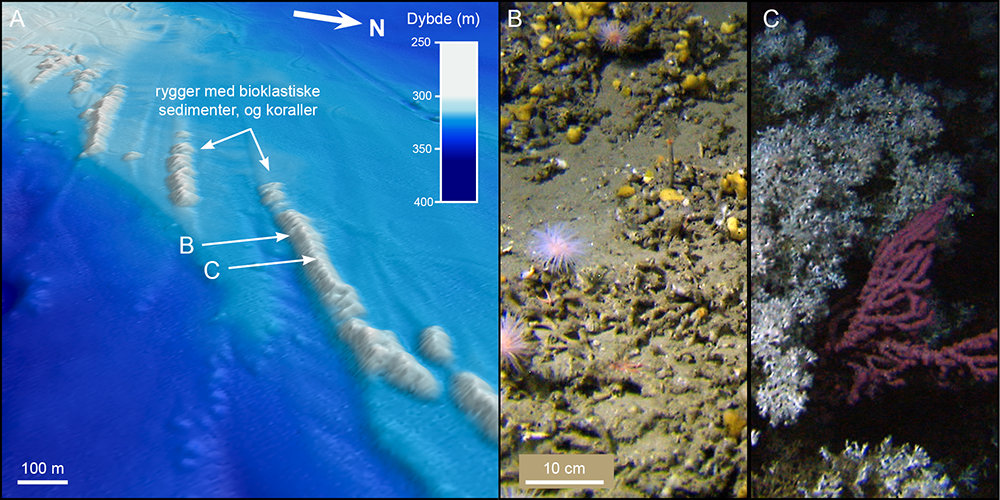 Bioclastic sediments include carbonate rich sediments consisting of shell and calcareous algae (shell sand) in the coastal zone, carbonate rich sediments with a high content of stony corals on the continental shelf, and silisium rich sediments consisting of micro organisms with siliceous shell or skeleton (diatoms and radiolarians)  in the deep sea. Sediments with siliceous sponge spicules (needles) have been sampled by MAREANO on the continental shelf, but the content of spicules was too low to characterise it as a bioclastic sediment.

Bioclastic sediments occur in many places in close association with live corals. The Pearl Chain Reef west of Sandnessjøen is a good example of this coupling between bioclastic sediments and live corals. Ridges, which are 50-100 m long, 10-30 m wide and up to 15 m high are found along the northern side of iceberg ploughmarks. It is possible to see from the detailed terrain models how the reefs have started growing on the edge of the ploughmarks and extended outwards, towards the dominant current direction. The corals have built steep and locally nearly vertical "cliffs" into the ploughmark. Such elongated reefs have live corals only in the part facing the current. Behind this, the reef consists of dead coral remains in the down-current tail. These coral remains constitute the main part of the bioclastic sediments. We also find a considerable proportion of non-biogenic material, transported by the currents. The grain size of the bioclastic sediments in the tail varies, from mud til gravel. Blocks of dead corals are found behind the steep cliffs with live corals. 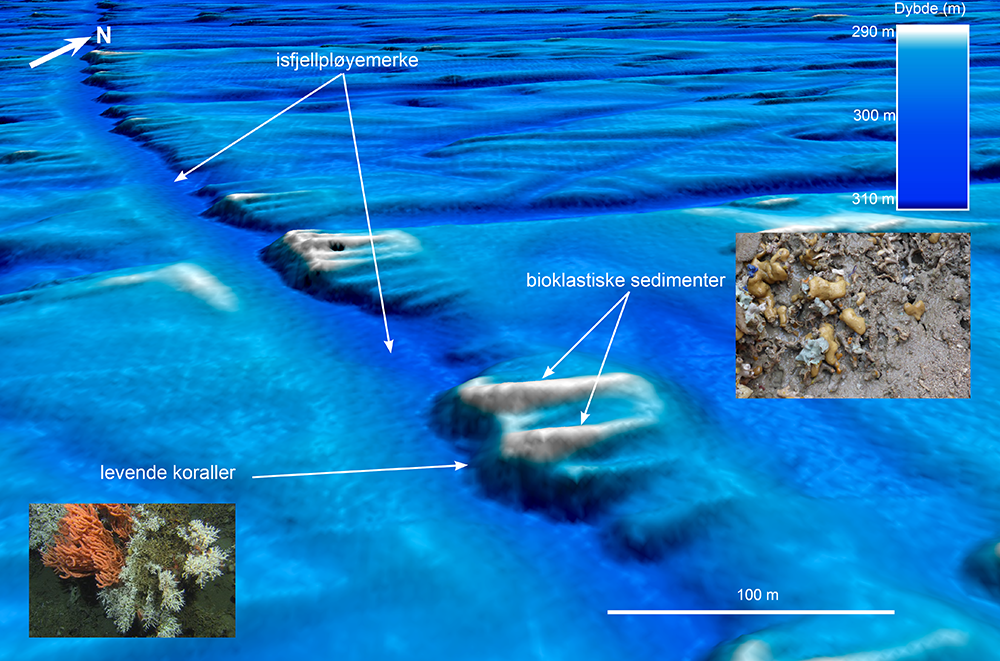 The Pearl Chain Reef is located along the northern margin of a 3.5 km long iceberg ploughmark, which is around 100 m wide and up to 10 m deep. More than 50 ridges with bioclastic sediments can be identified. Video records from the steep parts in the front of the ridges (average slope between 20° and 30°) show a multitude of live corals and other organisms. The figure is a 3D terrain model based on bathymetry data with 2 m resolution, with no vertical exaggeration applied. 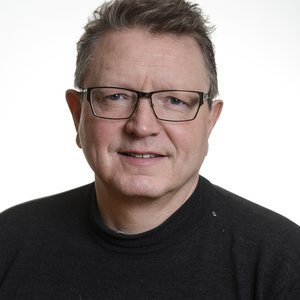