Some off the MSc based on data from MAREANO.

Norwegian territorial waters are some of the most intensively exploited and well-studied marine ecosystems in the world, but few holistic studies have taken into account non-target species, the community ecology and the deep part of this area is poorly known. This study uses video observations of demersal fish fauna to describe fish assemblages, to identify their association with important habitat features and relate these to anthropogenic threats. Compared to pelagic fish, demersal fish occupy a more restricted spatial range and could therefore be more easily related to a specific environment. Environmental factors tested include a wide range of variables, e.g. temperature, salinity, substrate type, food supply and currents. The primary goal was to determine whether the dispersion of demersal fish at a fine scale can be explained by only depth and temperature (water mass) or if bottom types and/or seascapes were also necessary to take into account. Then the identified assemblages were tested for sensitivity to human perturbations such as fishing using Vessels Monitoring Survey data. Three main fish assemblages have been identified: a shallow, an intermediate and a deep one. The water masses, with the depth and the temperature as proxies, appear to play significant roles in the fish distribution on a large scale (regional area, bigger than 10 000 km²). Nonetheless, seascapes associations and even bottom types appear to have an important role at smaller scales. Fisheries seem to have a strong impact on the dispersion of the shallow main fish assemblage. 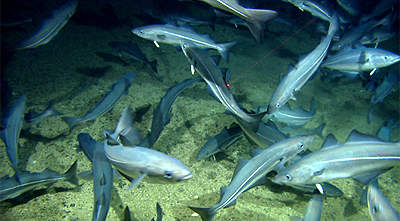 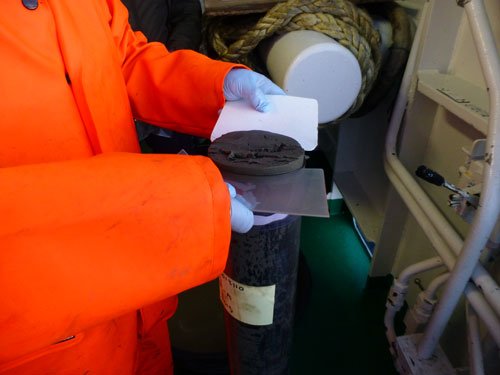 Increased human use of the Barents-Sea Lofoten area necessitates ecosystem-based management action that coordinates economic interests while maintaining ecosystem health. Defining and mapping deep sea benthic habitats, which typically contain a high concentration of habitat forming species susceptible to anthropogenic pressures, is a crucial step in delineating areas for use and areas for conservation. However, this process proves difficult on both a scientific and management level due to lack of knowledge, and the ambiguity of current definitions in different management frameworks. This thesis used Marine Areal Database for Norwegian Waters (MAREANO) Programme data from Troms II, Nordland VII, and the Andfjorden Transect, one of Norway’s 36 proposed marine protected areas, to analyze the spatial distribution of sea pen, Umbellula, hard bottom coral garden, deep sea sponge aggregation, and glass sponge sensitive habitats. The varying environmental factors associated with areas of high species densities were studied to stress the importance of establishing a density threshold for when a habitat should be considered sensitive. Density thresholds established were 12.2 sea pens per 100 m², 3.7 hard bottom coral colonies per 100 m², 1.5 glass sponges per 100 m², 4.1 demosponges per 100 m², and 0.9 Umbellula per 100 m². The density threshold, and the associated depths, preferred sediment types, predominant species, and occupied extension/surface of areas with densities above this threshold were used to create each sensitive habitats definition. The resulting definitions and associated maps can change the way these habitats are managed by providing the basis for recommendations of areas for impact assessments, closures, or further analysis, as well as the monitoring of human impact and natural variability over time. 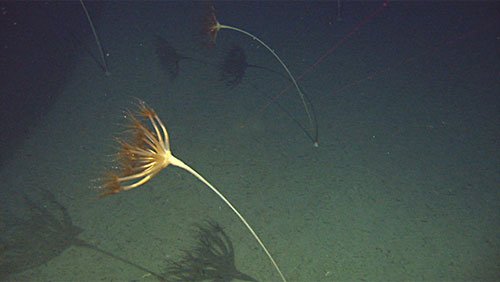 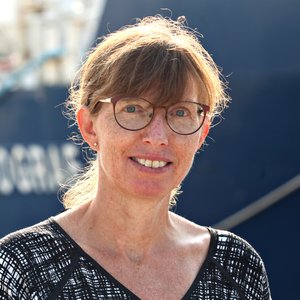