The seabed receives contaminants from the environemnt, and sediments become a significant  storage place for pollutants. Sediments can therefore be a source of pollution in the fjords and of the uptake of contaminants by biota.

Such contaminants may be heavy metals, organic compounds such as PAH or PCB, or radioactive compounds. Many of these compounds, however, are also found naturally in the ocean, sometimes in relatively high concentrations. For this reason, one has to know the background levels for the region before one may expose a contamination, and an important part of the environmental chemical studies is surveying the natural levels of contaminants in areas which are not polluted.

Such contaminants may be heavy metals, organic compounds such as PAH or PCB, or radioactive compounds. Many of these compounds, however, are also found naturally in the ocean, sometimes in relatively high concentrations. For this reason, one has to know the background levels for the region before one may expose a contamination, and an important part of the environmental chemical studies is surveying the natural levels of contaminants in areas which are not polluted. There are many anthropogenic sources of heavy metals, including active and abandoned mines, smelters, sewers, as well as more diffuse sources as car traffic. Relatively volatile heavy metals and those which attach themselves easily to airborn particles may spread over very large distances. Heavy metals may be transported by means of running water, dissolved or with sediments, and may end up in the sea, where they are deposed on the seabed. A distribution map of heavy metals gives us a chance to track down the sources of contamination and the directions of distribution of the contaminants.

Lead, mercury and barium in the Skagerrak

A distribution map of these three chosen metails demonstrates the various sources and transport mechanisms.
The highest concentrations of lead are found in the deepest ares of the Skagerrak, where fine-grain sediments with relatively high contents of organic material are collected. Most of these fine-grain depositions originate from the southern and middle parts of the North Sea.

Sediments rich in mercury are found in a narrow stripe near the coast and indicate an input of mercury from various sources on land and a relatively limited extent of their distribution.

Barium concentrations turned out to be highest along the southern and southwestern edge of the Norwegian Trench. Considerable amounts of baryte (BaSO4) are released under oil exploration activities, in which baryte is used as part of drilling fluid. Ocean currents transport this barite towards the Skagerrak, where it is enriched in silty sediments of the southern flank of the Norwegian Trench.

Contamination levels of heavy metals in the Skagerrak

The absolute concentrations of heavy metals in the Skagerrak are generally low, even though there are certain increases in the levels in surface sediments. According to the environmental condition classification developed for heavy metals by the Norwegian Climate and Pollution Agency (Klif), the contents of mercury and lead in Skagerrak sediments correspond to Class I, “insignificant/low contamination”, and locally to Class II (moderate contamination) in some areas.

There are generally low concentrations of heavy metals in the area of Lofoten Islands and in the Barents Sea. Some elevated levels of lead and mercury have been registered in the upper centimeters in sediment cores from both of these areas. This input of heavy meatls has occurred in the last 50-100 years.

The Norwegian Management Plan for the Barents Sea lists the following heavy metals as a priority for surveying in sediments: lead (Pb), cadmium (Cd) and mercury (Hg). In addition to this, a map of the distribution of  the heavy metals cobber (Cu), chromium (Cr), nickel (Ni), zink (Zn) and the elements arsenic (As) and barium (Ba) is presented in the Plan.

Mercury and lead found in the seabed are probably the result of long transport either by ocean currents or by air currents. The concentrations of heavy metals are generally insignificant (corresponding to Klif Class I). Kvikksølv og bly i havbunnen er trolig langtransportert enten med havstrømmer eller luftstrømmer. Konsentrasjonene av tungmetaller er i hovedsak ubetydelige (tilsvarende klasse 1). A moderate contamination (corresponding to Class 2) of lead in surface samples has been found at a single sampling station in the Tromsøflaket region of the Barents Sea.

PAH and other hydrocarbons

Polycyclic aromatic hydrocarbons (PAH) are composed of two or more aromatic rings and have slightly different chemical and physical properties depending on the chemical structure. The smallest of all PAH, naphthalene, is somewhat soluble in water and evaporates easier than any other PAH. Larger PAH compounds have a low water solubility and volatility. For this reason, PAH are not found in large amounts in water masses, but they can attach themselves (sorb) to larger organic particles (as for example plancton). In this form PAH may either be eaten by marine organisms or buried in sediments. All PAH are lipophilic (fat-soluble), and can therefore bioaccumulate, i.e. be stored in fatty body organs, such as liver in fish. Some PAH can be metabolised by some marine organisms and removed from the body efficiently in this way, whereas other may accumulate in the liver throughout the life. This may lead to various injuries, since many PAH are toxic and carcinogenic, as for example benzo[a]pyrene. PAH can be degraded by bacteria, but this is a slow process which is even less efficient in the Arctic than in southern areas. PAH are therefore preserved for a long time in sediments, and one may study trends in PAH inputs by analyzing deep underground sediments.

It is often difficult to distinguish between different sources. If there is a natural oil seep in the area, the natural PAH that come up from the depth may be mixed with petrogenic PAH brought in from anthropogenic sources. One may still often manage to make a conclusion regarding the origin of PAH by looking at their composition and relative amounts.

Some PAH are characteristic for certain sources and are therefore studied for the purpose of source determination. We show several maps with levels of such indicator compounds as examples. Naphthalene, dhenanthrene and dibenzothiophene, together with their alkylated homologues (normally in larger amounts than the parent compounds) indicate the petrogenic origin of PAH. Heavy PAH without side chains, as pyrene, fluoranthene and benzo[a]pyrene, are typically pyrogenic, and the pyrogenic origin may be further confirmed by studying the ratios between more or less thermally stable PAH, such as phenanthrene, and the less thermally stable ones, as anthracene. High levels of certain single compounds, as perylene, may indicate the biogenic origin.

Benzo[a]pyrene is another important pollution indicator. This is the best-studied carcinogenic PAH, and its elevated levels in the environment, if found, are a matter of concern. Klif has a special classification for the levels of benzo[a]pyrene in marine sediments in fjord- and coastal areas. According to this classification, the levels below 6 ng/g (µg/kg) dry weight are considered as background levels, while higher concentrations are classified on the scale from “good condition” to “very poor condition”. This classification coexists with food safety threshold levels set by EU authorities for various types of seafood. For benzo[a]pyrene in blue mussels (Mytilus Edilys) they are set to 10 µg/kg wet weight.
Another similar indicator is the sum of the concentrations of 16 PAH compounds selected as priority compounds for environmental studies. These compounds include both petrogenic and pyrogenic PAH, and are an indicator of the general PAH contamination in the area. Klif has a classification for this parameter in sediments, from ”background” to ”very bad condition”, and we present a map (PAH16) where the levels are shown with the colours corresponding to the Klif classification.

It is worth noting that the above-mentioned classification is developed for the fjords and coastal areas, and it may not be equally correct when applied to open-sea areas where natural levels of PAH may vary strongly for the reasons presented above. The natural levels may in some cases be so high that they fall into high contamination classes on the Klif scale, even though this has nothing to do with anthropogenic pollution.

The concentrations of hydrocarbons (both PAH and THC) in the area of Lofoten Islands and the southern part oof the Barents Sea are generally very low. Somewhat elevated levels of PAH have been registered a few places along the coast, near the seaports. In northwestern Barents Sea, on the contrary, markedly high levels of hydrocarbons (particularly petrogenic PAH) are found in the sediments. The levels are highest close to Svalbard, and are due to naturally occurring fossil fuels in this area.

Persistent organic pollutants (POPs) have, as a rule, the industry and other human activities as their primary or only source. These chemicals may be produced in large amounts and end up in the marine environment as a result of releases, common use and diffuse inputs. They may be transported around the globe, far away from their original source, by both air, water (rivers, ocean currents and groundwater) and living organisms before they finally get buried in marine sediments. Sediments may act as a sink for these compounds and thus accumulate concentrated levels of POPs.

Typical properties of POPs include:

IMR analyses several kinds of POPs, such as chlorinated biphenyls (PCB), and the pesticides dichlordiphenyltrichloroethane (DDT), hexachlorocyclohexane (HCH) and hexachlorobenzene (HCB), among others. Brominated flame retardants, namely polybrominated diphenyl ethers (PBDE), have been analysed in sediments as part of MAREANO programme.

Brominated flame retardants (BFR) are mass-produced chemicals which have been in use since 1970-s in various types of plastics, textiles, furniture, building materials, electronic equipment, etc. BFR include various types of chemical compounds with the common ability to inhibit fire, but with varying degrees of toxicity and different chemical structures. As other POPs, BFR may be transported over long distances to pristine areas where they will be found in environmental samples in trace amounts. They have a poor water solubility but are lipophilic and may be bioaccumulated in fatty organs as fish liver.

While the production and use of some types of BFR, as brominated biphenyls, has been forbidden due to their toxicity, other types of BFR are still in use, also in Europe. The most widespread type of BFR still in use is polybrominated diphenyl ethers (PBDE). Contrary to PAH, PBDE have no natural sources and are only produced by the industry. There are 209 theoretically possible congeners of PBDE, see figure below. Dozens of these are found in environmental samples, with the fully brominated congener, BDE-209 (shown in figure B below), often found in largest amounts in marine sediments.

Klif has developed a classification for the levels of BDE-99 in sediments, starting from Class II (”Good condition”, up to 62 µg/kg dry weight). This is valid for contaminated sediments in fjord- and coastal areas, while the background levels typically found in open sea are as a rule much lower. 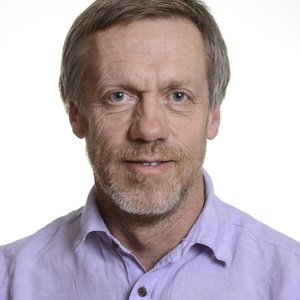