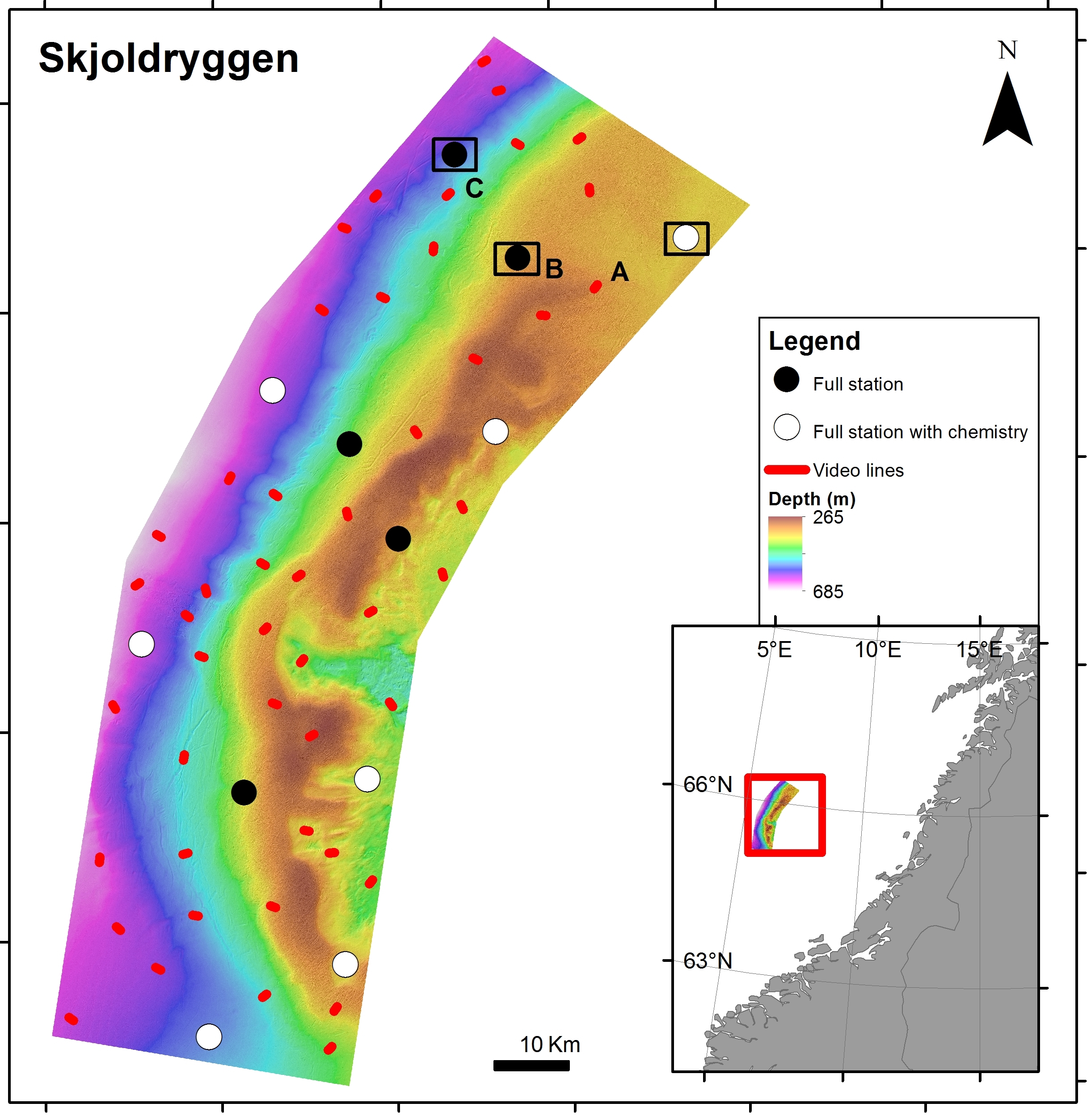 One of the main objectives with carrying out seabed sediment sampling is to measure the levels of pollution in the seabed sediments. This is done by analyzing samples from areas where fine-grained sediments have been deposited during recent times. Identifying such areas relies largely on the geological interpretation of the seabed, for which detailed multibeam echosounder data are invaluable. Multibeam data give information not only on bathymetry but also the strength of the seabed echo, so-called backscatter data, which is a good indicator of the nature of the seabed sediments. So far, samples have been collected from three stations in the northern part of Skjoldryggen. Here we present these three stations and explain why only one of them was suitable for pollution measurement sampling, while the other two were not. 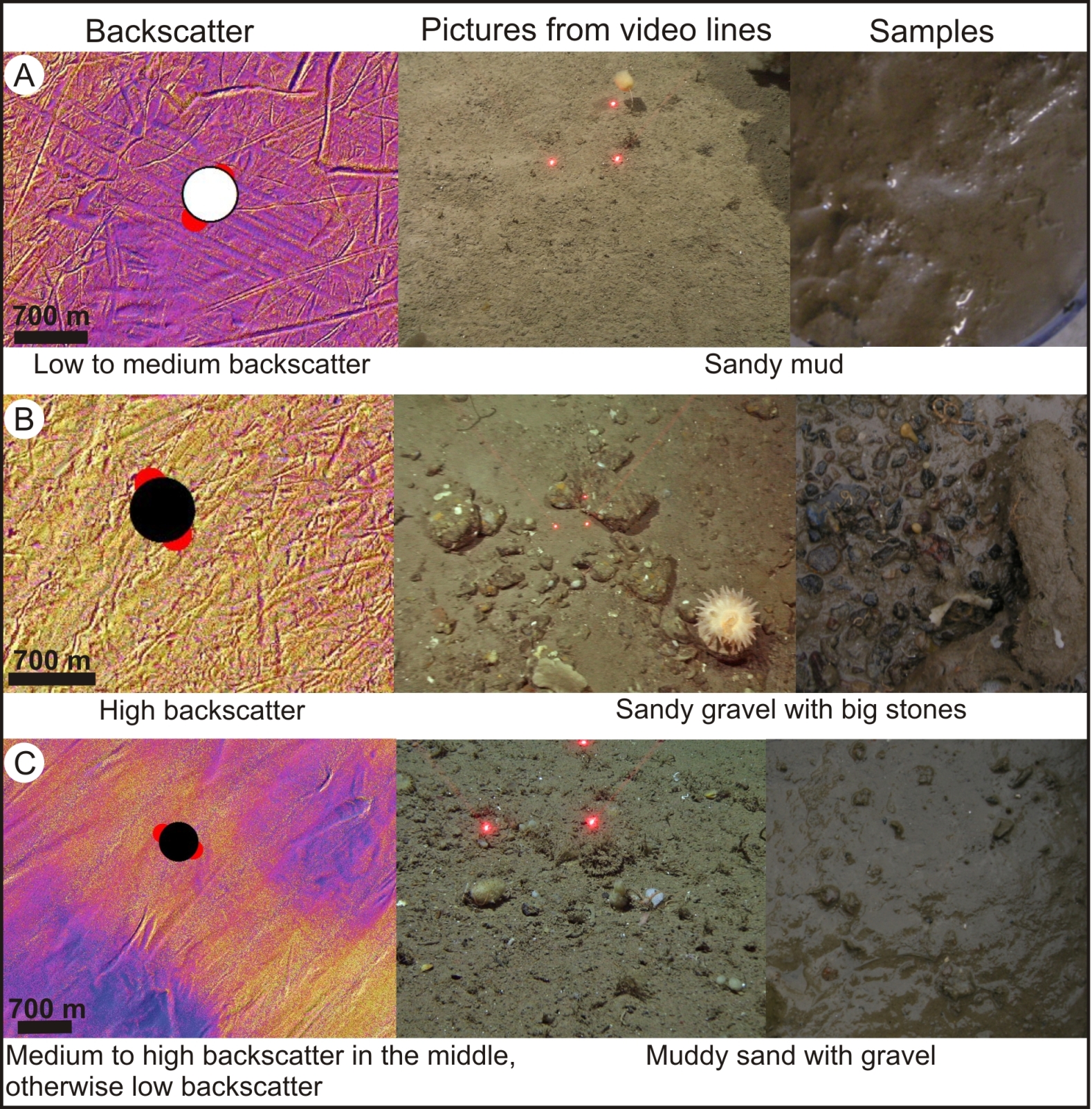 Figure 2: Here we see the location of sampling stations (marked A, B and C in figure 1) compared to backscatter (left),where yellow represents hard seabed and purple soft seabed. The different seabed sediment types are shown on still images from video recordings (middle). The distance between the red laser points is 10 cm. To the right we see what the different sediment types look like on the surface of sediment samples.

Station A (Figure 2A)

Sampling station A is located on the continental shelf, at a depth of 366 m. In this location, backscatter is low, indicating soft seabed sediments. The video image shows fine-grained sediments. The surface of the sediment core consists of sandy mud, which is probably a recent deposit. Sediment cores for chemical analysis have been retrieved from station A. The cores are divided between The Geological Survey of Norway and the Institute for Marine Research, for laboratory analysis of heavy metals and organic compounds respectively.

Station B (Figure 2B)

Station B is located on the top of Skjoldryggen at a depth of 343 m. The backscatter is relatively high here, indicating a hard seafloor. Video images from the seabed show abundant gravel and stones on the surface. The sediment core consists of sandy gravel with a sponge on the surface. The large proportion of gravel make the sediments at station B non-suitable for pollution analysis. These sediments are likely of glacimarine origin and deposited during the last deglaciation.

This station is located at the top of the continental slope at a depth of 541 m. Here the backscatter is lower than at station B but higher than at station A on the shelf. Video images show muddy sand with gravel. The core from this station contains muddy sand with scattered gravel. The content of coarse grains (gravel and sand) make the core unsuitable for pollution studies.

Comparison of the samples from the three stations show that there is a good correlation between the different sediment types and the backscatter strength. These examples highlight how useful the backscatter maps are for choosing sampling stations during cruise planning, and further underline the importance of using different types of available data in order to get as detailed a picture of the survey area as possible