Two new areas with high concentrations of seapens have been documented in the Barents Sea, near the coast of the county of Finnmark. Once we have analysed our videos of these areas, we will know whether the concentrations are high enough for both areas to be defined as vulnerable under the international OSPAR Convention. The videos were taken during the expedition that we completed in August.

- We found seapens at two sites, both with sandy bottoms. When combined with good access to food, this is a sediment type that seapens thrive in,” explains Lis Lindal Jørgensen, who led the cruise. 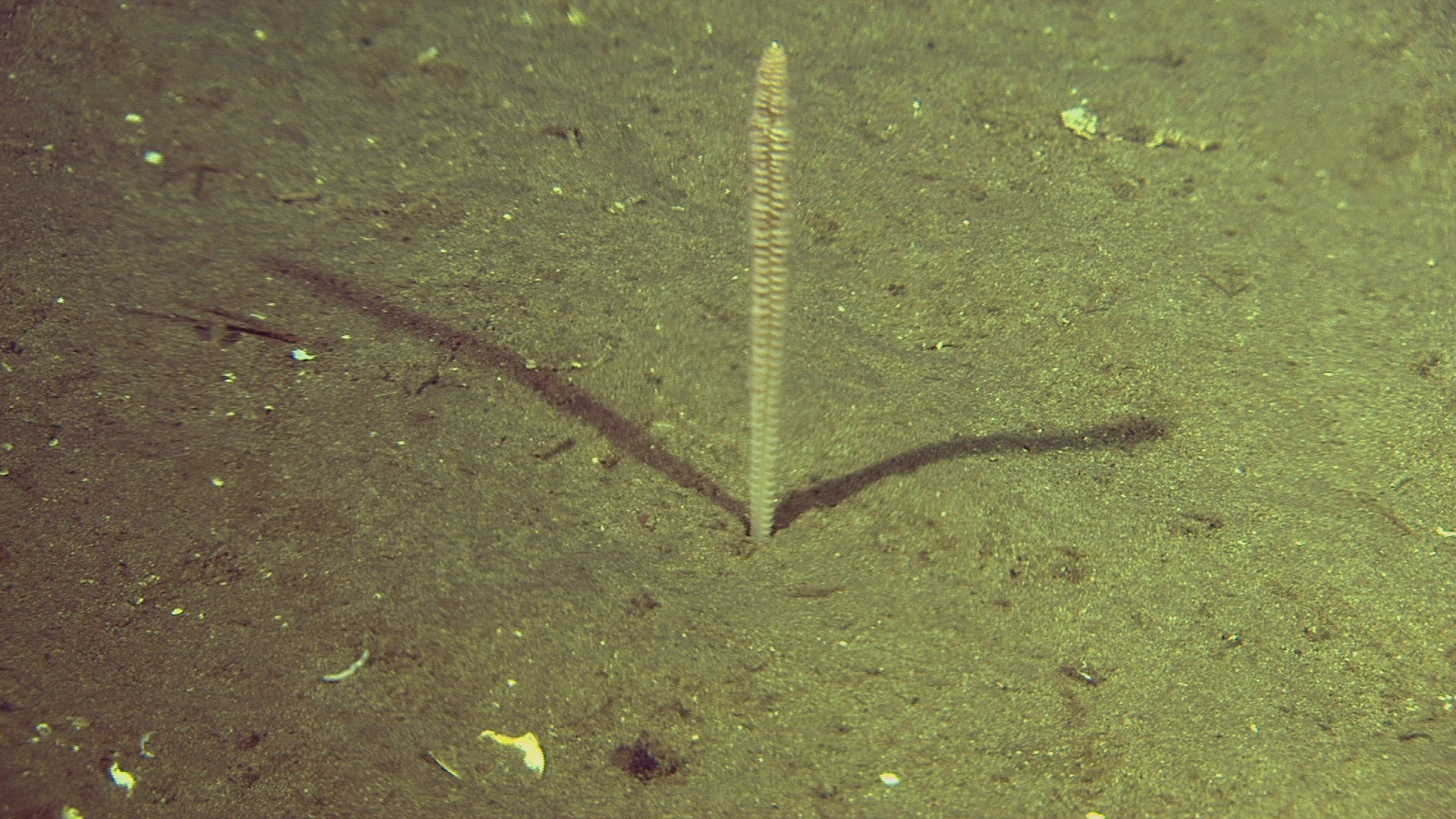 The new areas with seapens were documented off Finnmark. To determine whether the areas meet the criteria for being defined as vulnerable, we will need to analyse our videos to see whether the seapens grow densely enough and cover a large enough area. Previously the MAREANO project has documented vulnerable seapen habitats off the Lofoten and Vesterålen. 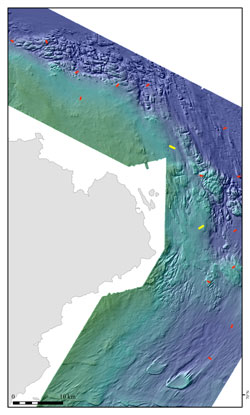 At first sight, the area where the seapens are growing may appear to be a barren sandy bottom. However, when you study it more closely, you will find one or more species of seapen dotted around.

As the name implies, seapens look rather like old-fashioned quill pens. Their “feathers” rise up from the seabed at irregular intervals. Seapens are colonies of organisms, and have small polyps growing directly on their stalks, or on branches that spread out from the stalk. The polyps look like small sea anemones, and are used to catch food.

- On this expedition we observed seapens in the Pennatula genus, amongst others. They can be anywhere between a few centimetres and thirty centimetres tall. Each colony is anchored in the sandy bottom, and some species are capable of withdrawing into the sediment. Part of the colony is raised slightly off the sea floor, to enable it to catch whatever food comes drifting along, says Jørgensen. 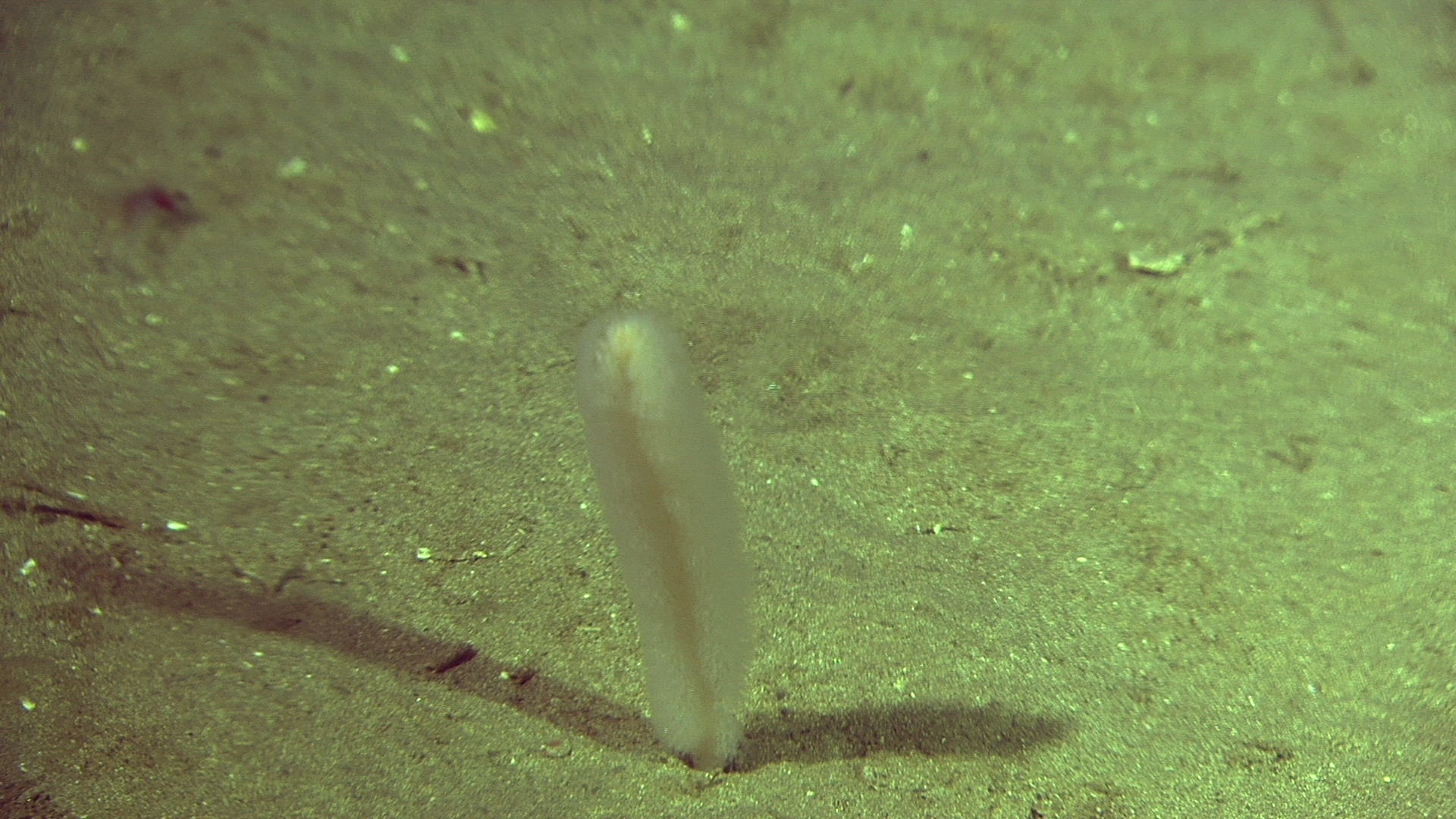 In the OSPAR list of threatened or declining habitats, the one formed by seapens is called “Seapens and burrowing megafauna”. This is because it is normal to find burrowing crustaceans and bivalves alongside seapens. In the areas previously surveyed by the MAREANO project, this habitat is mainly home to the seapens Funiculina quadrangularis, Virgularia mirabilis, Pennatula phosforea and Kophobelemnon stelliferum. Seapens are highly vulnerable in areas where bottom trawling takes place.

Cruise diary: The MAREANO project has mapped one of the most bountiful parts of the Barents Sea, finding that the sea bottom is covered in iceberg plough marks from the last ice age, large rocks, pockmarks and a multitude of trawl marks. The latter reflect the large quantities of shrimp and fish harvested by the fishing fleet from this highly productive area.