Cruise report: MAREANO continues to accumulate many samples and a multitude of marine organisms. Many of these will be held in the Bergen University Museum and made available for researchers all over the world. The description and classification of organisms is a prime function of museum staff and such taxonomic research has brought us from the National Museum of Wales to the Norwegian Sea.

Cruise report: MAREANO continues to accumulate many samples and a multitude of marine organisms. Many of these will be held in the Bergen University Museum and made available for researchers all over the world. The description and classification of organisms is a prime function of museum staff and such taxonomic research has brought us from the National Museum of Wales to the Norwegian Sea. 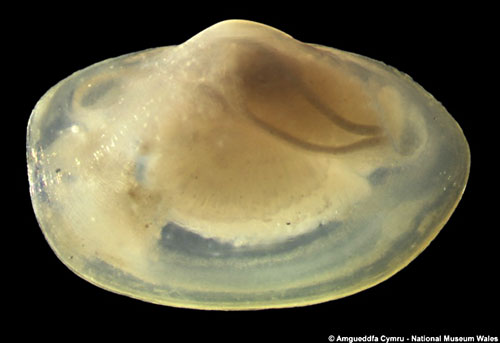 From our base in Cardiff we have studied both bivalve molluscs and polychaete worms from the Atlantic Frontier Environmental Network (AFEN) programme that focussed on the outer shelf and upper slope west of Shetland. Here the fauna is poorly known but has similarities with that of the Norwegian Sea. Some species, such as the bivalve Yoldiella annenkovae range southward into the Shetland-Faeroe Channel but do not cross the Wyville-Thomson Ridge. Others such as Astarte acuticostata cross this oceanographic barrier and range along the slope to the west of Ireland. Participating in MAREANO has allowed us to examine first hand such species and to collect tissue samples for molecular study with the aim of making comparisons with southern populations. 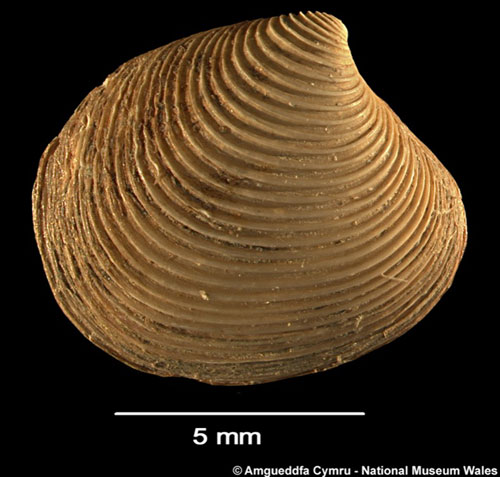 Of particular interest are bivalves exhibiting bacterial symbiosis, mostly in the family Thyasiridae but also in a newly described montacutid that lives attached to the deep-water sea urchin Pourtalesia.

Thyasiridae are frequently found in the deep sea and in cold waters and exhibit a range of symbiosis from obligate to absence. This cruise gives the chance of collecting these alive and fixing then not only for a taxonomic study of the bivalves but the characterisation of the symbiotic bacteria. The latter is of special interest to our colleague Clara Rodrigues from Aviero University, Portugal. One sample taken on this cruise from170m contained six species and another two species have been collected from deeper stations around 1200m. 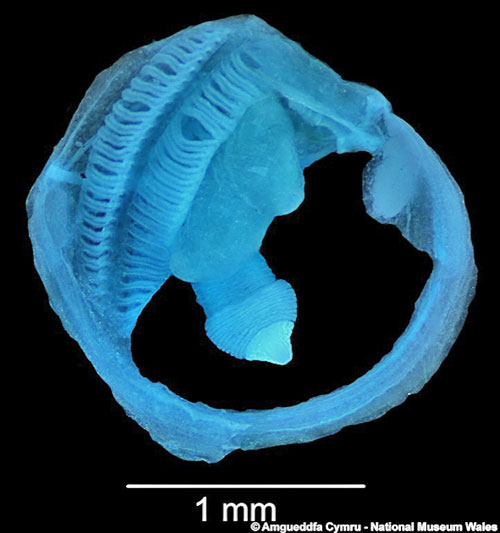 The story around the Pourtalesia commensal is a tale of many relationships. The bivalve was described recently as Syssitomya pourtalesiana but has been known for many years to be a commensal with Pourtalesia living attached to the spines around the anal opening. However, we have found this bivalve to be adapted to host symbiotic bacteria in the gills and is the first of the superfamily Galeommatoidea to exhibit this condition. Also on the gill surfaces are colonies of filamentous bacteria. We do not know what types these bacteria are, their energy source or their origin. We surmise that the bacilli are using faecal products from the urchin and that the filamentous bacteria may come from the faeces and are gathered and ingested by the bivalve. We have had limited success with collecting these animals, with four urchins and three bivalves our total so far.

Our own Museums BIOMÔR series of publications detailing the biodiversity and distributions of benthic animals in the seas around Wales also has resonance with the MAREANO Programme  albeit at a more modest scale. In recent years we have been working closely in collaboration with biologists and geologists from other institutions in the UK and Ireland to produce seabed maps of sediments, habitats, and biotopes. In the most recent BIOMÔR publication, HABMAP, the partnership additionally employed modelling as a tool for predicting biotopes in the southern Irish Sea area.

The specimens accrued from MAREANO and BIOMÔR form rich and essential resources for developing taxonomic tools and both have, and will, produce new species discoveries. The molluscs from the benthic sampling surveys were used in the development of the identification guide to the Marine Bivalve Shells of the British Isles. The surveys have also resulted in the recognition of a number of polychaetes, molluscs and a pycnogonid (sea spider) new to science.

One recent paper described a new polychaete species of Diplocirrus (Flabelligeridae), the genus named for having two different gill types; wedge-shaped and cirriform. This species occurs in coarser sediments than the more familiar Diplocirrus glaucus, pictured here from the present Spring 2012 MAREANO cruise to the Nordland VI area off Lofoten. There is a Norwegian connection here too, for the new species was named Diplocirrus stopbowitzi in recognition of the valuable contributions the late Prof. Carl Støp-Bowitz (Oslo University) made to our knowledge of the northeast European and Arctic polychaete fauna. 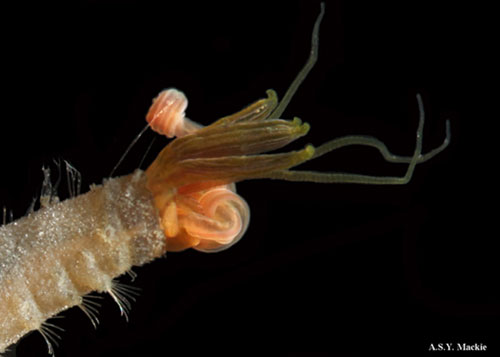