The Barents Sea — high production and a rich species community

Cruise diary: Despite large amounts of “marine snow” and a gel-like layer covering bottom sediments, the seafloor in central parts of the Barents Sea is teeming with life.  Here MAREANO is currently taking samples, and conducting video transects. Regardless of one day with stormy weather conditions, we remain on schedule.

The aforementioned “snow storm at the seafloor” likely results from high algal production near the surface. This, however, did not prevent MAREANO from collecting a sizeable amount of sampling data. Thus far, three video transects have been cancelled due to heavy marine snow causing zero visibility at the seafloor. Fortunately, however, this allowed us to solidly document the effect(s) marine snow may have on the seafloor. Video observations indicate high occurrence of marine snow in eastern and northern parts of the area being mapped, while some localities in the southwest and west have been virtually free of marine snow.

The weather, however, has been a greater challenge than marine snow. One day with heavy gales forced us to stop sampling altogether. With waves higher than four meters it’s too big a risk to operate the expensive video camera rig (Chimeara) — that is tethered at 0.7 knots behind R/V G.O. Sars at 1.2 meters height above the seafloor. Large waves could cause the equipment to crash uncontrollably with the seabed, something we try to avoid. 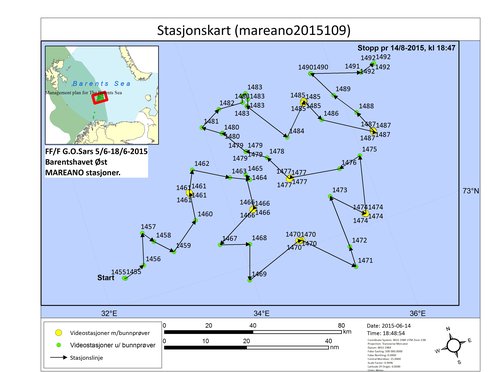 Localities surveyed by MAREANO in the central Barents Sea from June 7 to 14, arrows indicate the course taken by R/V G.O. Sars. Localities marked in green are video survey stations and yellow are stations where a full set of samplers are used in addition to video, station numbers are listed. 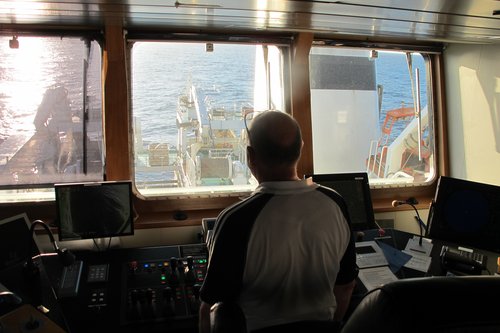 For added safety, Captain Ståle Fredriksen onboard R/V G.O. Sars keeps a careful eye on what’s happening when MAREANO sampling equipment is deployed into the water and retrieved. We also thank the crew for all their help with equipment, and positive attitude towards our activities on board.

After the pause due to unfavourable weather, work resumed Friday on a cloudless and sunny night, although the temperature was only four degrees above freezing — a reminder that these operations are being carried out at the eastern extent of the Norwegian shelf at the same latitude as Bear Island.

The mud flats in central regions of the Barents Sea are enormous and which influences our sampling. Dense blue clay lies directly underneath the thin surface layer of organic material. It is sticky and viscous, and quite time consuming to sieve carefully through a 1 mm sieves to ensure that the organisms sampled in grabs stay in good condition; this is the challenge when most benthic organisms live in the upper layers of sediment. The beam trawl used to collect larger benthic organisms living on top of the sediment delivers rich samples with specimens in good condition; the net comes up with a plethora of organisms rarely seen elsewhere in such numbers. Some areas are dominated by amphipods living in clay tubes which they have constructed themselves. 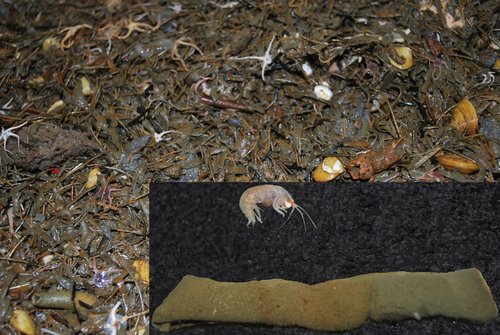 An example of a beam trawl sample showing that the bottom is dominated by Haploops (amphipods) which construct flat brown clay tubes as seen in the photo. Community residents and discarded pipes appear in the background. 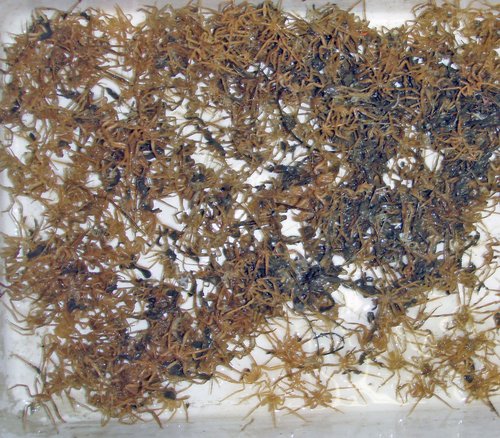 At some stations sea spiders (pycnogonids) were observed in large numbers. These remarkable animals are normally collected only in small numbers and the large quantities was unexpected.

After having surveyed bottom fauna for more than a week, carefully washing away the clay, the impression becomes clear that the mud flats in the Barents Sea harbour rich animal communities which are teeming with life. 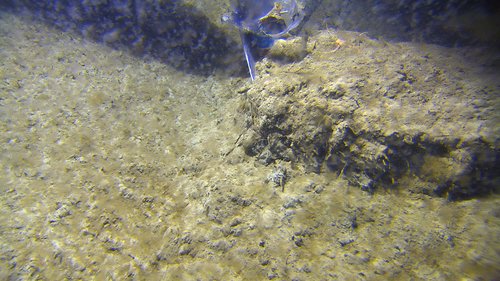 After landing the Chimeara video camera we see that the rig's foot has cut a rift in the muddy bottom sediment. We observe ‘buried within’ a rich animal community. Notice the many small tubes (protruding from the side edge) which provide sheltering habitat for different species. These ‘hidden’ animal communities benefit from the marine snow dropped to the sediment during spring that fosters high biological production. 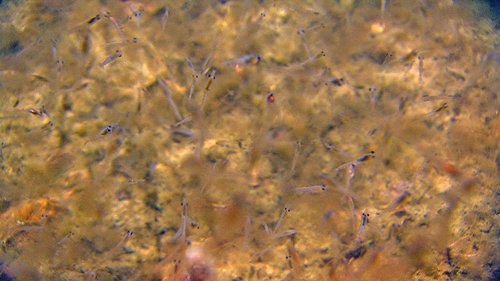 In some localities, we observed large numbers of krill which fluttered in all directions just above the marine snow that has settled on the bottom. 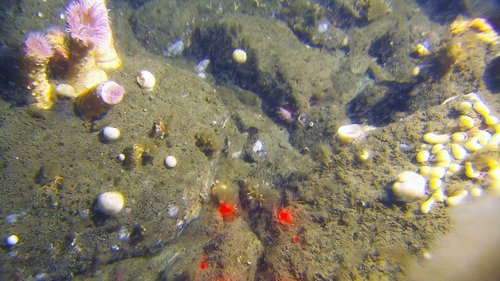 Stones scattered on the muddy seafloor provide habitat for a variety of species which thrive on hard bottom substrate.