Looking for pollution in the Norwegian Sea

Cruise diary: The ongoing MAREANO cruise has finished surveying the shelf edge south of Skjoldryggen at the mid-Norwegian shelf, and is now concentrating on the shelf edge between Skjoldryggen and Trænadjupet (figure 1). Sediment samples have been collected from ten locations, including five with multicorer. 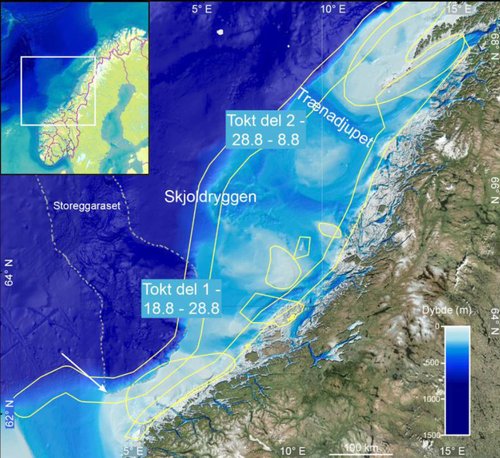 Figure 1. The autumn cruise of MAREANO is surveying the mid-Norwegian shelf edge, one of the areas regarded by the Norwegian government as particularly valuable. Legs 1 and 2 are located correspondingly south and north of the major terminal moraine Skjoldryggen.

To study the levels of a number of inorganic and organic contaminants, sediment samples are collected with a multicorer, shown in Figure 2. 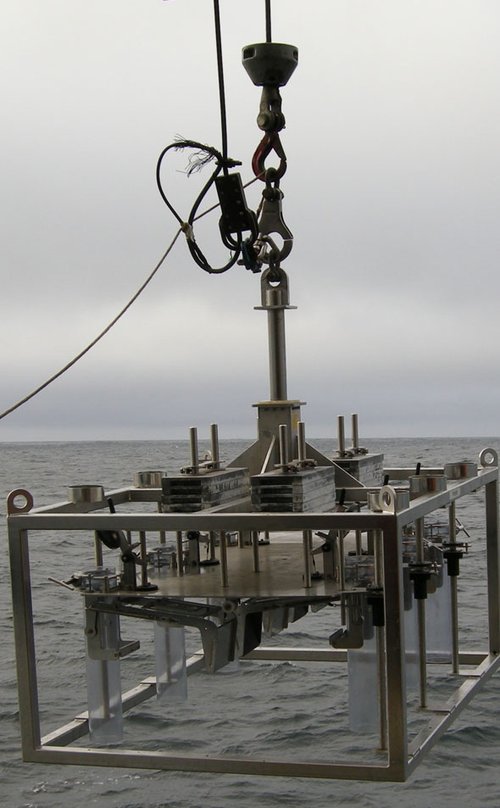 Figure 2. The multicorer is lowered to the seabed, and six barrels are pressed into the sediments in order to retrieve the sediment cores.

Multicorer is the best suited gear for sediment sampling aimed at studying the levels of pollution, since it allows collecting undisturbed sediment cores, which may be up to 50 cm long. The length of the sediment cores is highly dependent on the sediment type in the area. Such cores contain sediments which may be several hundred or thousand years old. The youngest sediments are found at the top (figure 3), and if contaminants are found in the top layers, it may indicate anthropogenic pollution. 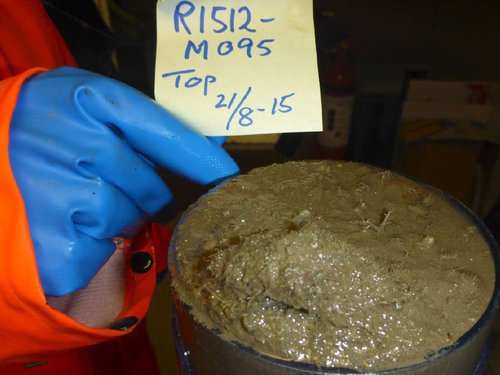 Figure 3. The uppermost part of the sediment cores may contain traces of anthropogenic pollution.

An important prerequisite for sediment analysis is that the sample contains fine-grained sediment (clay or silt). It is this kind of sediments that bind environmental pollutants (see an example in figure 4A), whereas coarser sediments, like sand, do not. Before the cruise, detailed bathymetry and backscatter data are studied in order to identify possible areas with fine-grained sediments. Once the cruise has started, each sampling location is studied by means of video survey at first. Next, a grab sample is collected. Based on the information from the grab and the video, a decision on whether the area is suitable multicorer sampling is made. (The video and grab samples are further used for their main purpose of collecting imagery and samples for fauna description). Seabed covered with gravel or boulders is not suitable for sampling (see figure 4B).

Figure 4. A: Seabed with fine-grained sediments; B: seabed covered with gravel and cobbles.

In some cases, when the sediment has high sand contents but also contains small amounts of fine-grained material, we may take surface sample only for documenting the environmental condition instead of sediment cores. Such samples can be obtained from a boxcorer (see figure 5). We may obtain up to 4 sediment cores from a boxcorer, but those are as a rule of poorer quality than multicorer cores, and are therefore only collected when multicorer samples are not available. 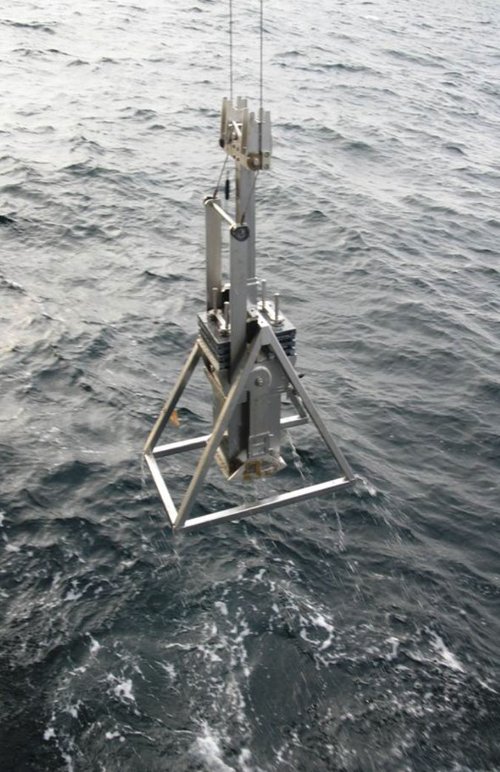 A multicorer can provide up to 6 sediment cores. The two longest cores are used for chemical analysis. These are sliced into 1 cm thick pieces (figure 6) directly after sampling onboard the ship, then packed and frozen down, to be kept frozen until the analysis at the laboratory. A third core is also sliced, to be kept at the sediment archive at NGU, while the rest of the cores are sealed whole and are transported to NGU for storage in undisturbed condition. 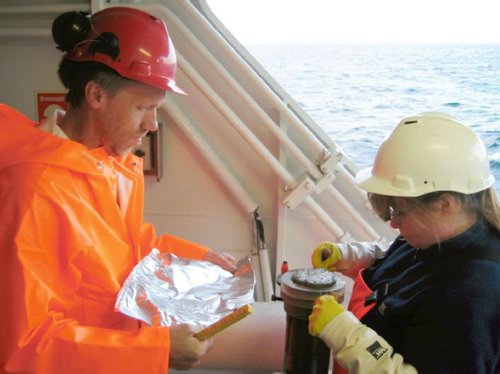 Figure 6. The cores are sliced into 1 cm thick pieces and sent for analysis at the laboratory.

The samples from the first core are sent to NGU in Trondheim for the analysis of inorganic contaminants (heavy metals as lead, mercury, nickel and others, as well as barium). Also the characteristics of the sediments are measured (grain size, total organic carbon contents, and others). Parts of the samples from some of the locations are used for dating using radioactive isotopes, carried out at an external laboratory. This is an important analysis which allows the determination of the age of the samples.

The second core, also divided into 1 cm slices, is sent to IMR for analysis of organic contaminants. First of all, it is analysed for hydrocarbons (total hydrocarbon contents and polycyclic aromatic hydrocarbons, PAH). This gives important baseline information in the areas where oil exploration has started or may be started in the future, since these compounds are found in oil and may therefore occur in the environment naturally (for example, as a result of hydrocarbon seeps). PAH may, however, also be formed as part of smoke (such as traffic exhaust, coal- and wood burning, and more). Since these compounds are not readily degradable in the environment, they may be transported with air- and sea currents before they are deposed in the sediments. One may therefore observe elevated levels of such PAH in sediments from pristine areas far away from the continent.

Other organic contaminants are also analysed, including brominated flame retardants (of the type polybrominated diphenyl ethers, PBDE), and chlorinated pollutants (such as polychlorinated biphenyls, PCB; pesticides like DDT, and others). Most of these compounds are not natural and are only found in the environment as the result of human activities. It is not expected to find high levels of these compounds in the sediments from open sea areas, but trace amounts may be detected in the samples from many locations, including the remote ones. This is also attributed to long-range transport.

The results of chemical analyses are reported the year after sampling. All the results are published as maps and as detailed scientific reports on the MAREANO webpage.

The deep-sea seapen Umbellula: cheek to cheek in the deep sea
Cracks along the upper slope directly north of the Storegga Slide
Large areas of carbonate crust found at pockmarked seafloor off mid Norway
The seacrets of the shelf edge
MAREANO’s autumn cruise 2015

The deep-sea seapen Umbellula: cheek to cheek in the deep sea

Cruise diary: One of the most spectacular creatures that we occasionally encounter down in the deep, cold ocean is the deep-sea seapen Umbellula encrinus. This spectacular organism, resembling a giant plant or exploding fireworks is in actual fact a colony of giant polyps, which are collected in a crown perched atop a stem, of sorts.

Cracks along the upper slope directly north of the Storegga Slide

Cruise diary: Between stations, the vessel G.O. Sars collects high resolution seismic data using a hull mounted acoustic source (TOPAS). In fine-grained sediments the sound may penetrate 100-150 m. The acoustic pattern gives an indication of the seafloor sediment type, but we also get information about the stratigraphy and geological development.